Seville airport, in Spain, was the scenario last week of an inspection and calibration operation, carried out by Canard Drones. It was the first in Spain with coordination of drones in controlled airspace within the airport while the airport was fully operational. The works were carried out both at day and night, adapting to the specific needs of the airport, and integrating into the normal work routines of the airport.

It is the first time in this country that a drone operation is carried out within the airport environment with controlled airspace, in constant coordination with the tower and the other users of the airport. Previously, Canard had obtained all permits from the various authorities affected by the operation.

The operation lasted for three nights and two days. The work consisted of the inspection of the two PAPIs that the airport has, inspection of one of the ALS, inspection of a runway lighting area, pavement inspection (PCI), obstacle characterisation, and ILS inspection. So the full suite of inspections that Canard Smart Solution provides. 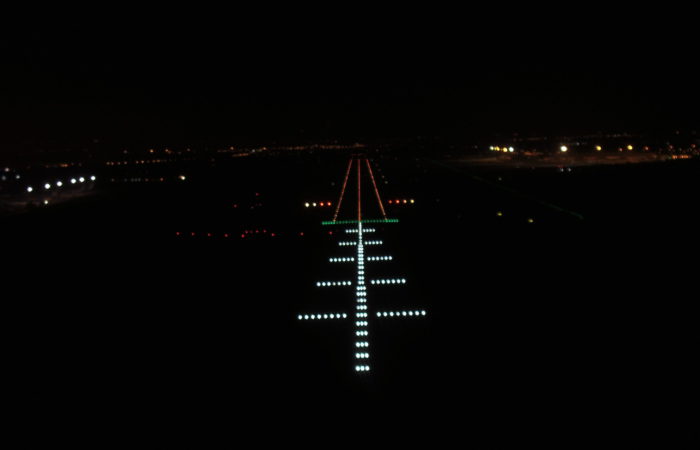 All these actions were carried out when the airport needed it, whether it was day or night, completely integrated into the normal routine of the airport. Valley hours were taken advantage of in operations, short times between operations, etc., to demonstrate the adaptability, flexibility and availability of the equipment, as well as its ease of operation.

It should be noted that several of the inspections were carried out with the drone flying in areas of the airport as apron or taxiway while airport operations (take-offs, landings and movements) followed their normal course. 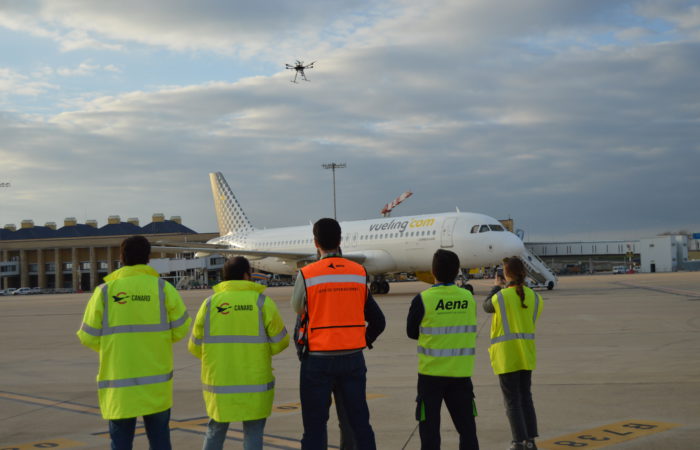 The collaboration of the AENA Innovation Department has been definitive to expedite the authorization process with AESA and the coordination with the Seville airport. The airport management, with Jesús Caballero, its director, the operations directors, tower chief (managed by FerroNATS), responsible for PAPI laboratory, among others, have collaborated and facilitated the operation enthusiastically, and this success is largely due to them.