The Spanish Air Force is working in the validation of the ILS receiver developed by Canard Drones, as well as the associated tools (drone & SW) for its potential use in the calibration of ILS. This project, which started in December 2018 with the Spanish Air Force and DGAM (Dirección General de Armamento y Material), is entering the final phase of validation.

This project is executed in collaboration with DGAM, and internally, different entities of the Air Force, such as MALOG (Mando del Apoyo Logístico), CLOTRA (Centro Logístico de Transmisiones) y CECAF (Centro Cartográfico y Fotográfico). CLOTRA performed testing on the ILS receiver in their calibration laboratory, as they would for such type of equipment, verifying that the receiver complies with ICAO Doc 8071 in terms of accuracy and uncertainty required.

Canard Drones performed flight testing with the Spanish Air Force , in airbases at Matacán (Salamanca), Getafe (Madrid), Albacete and most recently, Morón, near Seville. In these tests, the measurements from CANARD’s system were compared with the latest ILS reports from their flight inspection aircraft, with very promising results.

The Spanish Air Force could benefit from using CANARD’s solution to complement their ground measurements, as it allows to perform more measurements in meaningful locations in a shorter time, with the corresponding improvement of data in these periodic ground inspections. 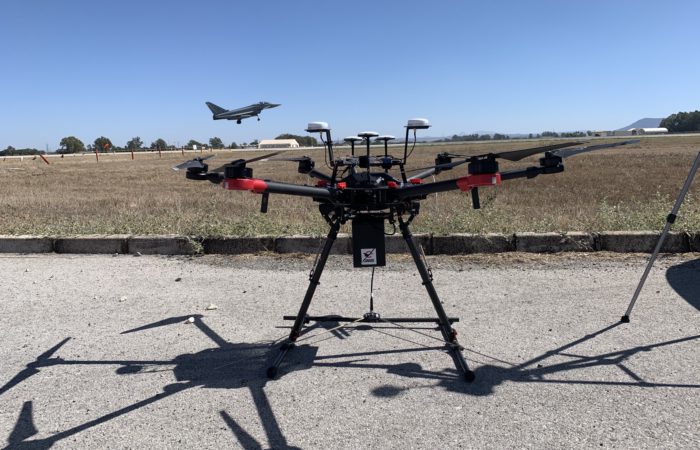 The drone solution also complements with the measurement of parameters such as alarms and widths, which are checked by the flight inspection aircraft from CECAF. This would allow to do pre-adjustments in the ILS to reduce the flight inspection time and number of manoeuvres required. In a similar way, this data could be used to extend the period between flight inspections with the aircraft, verifying with the drone that the ILS is within tolerances between inspections.

CANARD’s solution is also capable of performing Visual Aids inspections (PAPI & ALS), making it a perfect complement to the flight inspection aircraft from CECAF. This allows the optimisation of its use, helping cope with peaks of demand of its inspection services. 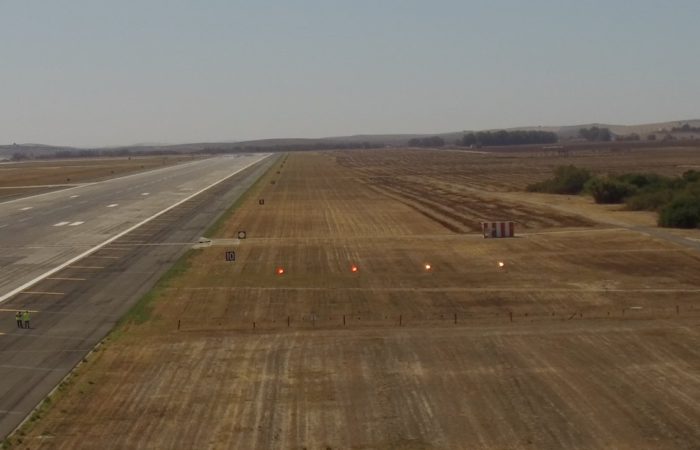 Canard Drones (www.canarddrones.com) is a Spanish tech company based in Leganés, Madrid. Canard develops solutions based in drones and software for the inspection and maintenance of airport and air navigation systems and infrastructures.